Will design automation tools play a part in the future of M&E supports?

Technology is ever-changing and advancing, now more than ever, and innovations span across all sectors and industries.

Construction and engineering are no exception to this rule, with Computer-Aided Design (CAD) being the most notable and revolutionary example of this.

Before the introduction of CAD 60 years ago, building models had to be drawn purely by hand. Now, they’re designed in a matter of hours using software tools such as AutoCAD, Autodesk Inventor, and more, in a much more efficient, accurate, and faster way. Its availability has vastly improved the productivity of design, and it’s now hard to imagine engineering without it. 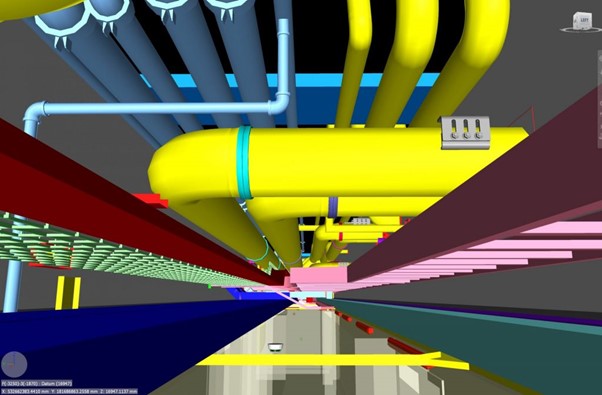 But what if there’s room for even more improvement? If anything, CAD could just be the beginning; it is proof that processes are always evolving and adapting. The industry has recently started talking about introducing automation to the design process and the potential it has to revolutionise it yet again. A design automation tool could play a critical role in advancing technology further. So, let’s explore this topic…

What do we mean by ‘design automation tools’?

A design automation tool is a tool which automates the design process for repetitive and replicable designs. Based on a limited number of user inputs, the design is automated as the tool configures the best possible outcome using said user inputs. Technology is a magical thing, hey?

The reason why design is important as opposed to hastily putting something together on site comes back to the always-relevant point of having evidence that a bracket/solution is fit-for-purpose. After all, if you haven’t gone through all the necessary calculations and designed something with meticulous detail, how can you be sure it can do its job? Traditionally, M&E contractors’ solution to this has been to engage with their own designers, and/or a company that specialises in offsite design and fabrication and request a design from them.

With the above solution, the usual outcome for repetitive designs, e.g. for a run of trapeze brackets, is to apply the worst-case scenario to the user inputs to do something that would be sufficient for everything. But let’s imagine taking that up a notch. In the same amount of time that it would take one person to create the same solution that is only ‘adequate’ for every single trapeze bracket, with automation you could create multiple optimal solutions that are catered to each bracket separately. And since it’s based on a set number of variables and the principles of the design stay the same, what’s stopping us from doing that?

Particularly in instances that are generally on the smaller scale, common and easily replicated, the equations and inputs would be the same, so automation is not only possible but also makes designing effortless. For example, while trapeze brackets and AHU frames vary to an extent in material and lengths, they don’t vary much. Rather than requiring and employing a human to design something, why not let a computer do the job just as well, if not better?

There are multiple incentives to using a design automation tool or bracket configurator. The first is self-evidently the amount of time saved. If you send it to the design team, it would obviously take time to go through the requirements, work out all the maths and equations, and finally arrive at the design. In contrast, using a configurator reduces design time from at least 1-2 hours if a person were to do it, to a few minutes. You also save a considerable amount of money in the long run because you don’t have to employ another resource to complete the design for you. And of course, it’s much more sustainable due to the sole fact that fewer people would be involved, as with people comes carbon use. The more people you have involved in the design, the more carbon you’re into your project. On top of that, you don’t have to overengineer – instead, your design would be optimised and waste is minimised, reducing carbon usage in the process.

Will the design automation tools answer the challenges/goals facing M&E?

As an M&E contractor, you’ve likely heard of the ‘Golden Thread’ legislation. It is defined by the Building Regulations Advisory Committee as ‘the information that allows you to understand a building and the steps needed to keep both the building and people safe, now and in the future’. It's part of the government’s introduction of a more ‘stringent regulatory regime’; which was prompted by Dame Judith Hackitt’s independent review of building regulations and safety following the Grenfell fire.

Now that the Building Safety Act 2022 received Royal Assent, the ‘Golden Thread’ legislation will be brought into practice soon and become mandatory for the stakeholders responsible for a building to put in place and maintain. It should provide reliable, easily accessible and contemporary information, for people to read and implement by safely and effectively managing, designing, constructing and operating their buildings. A ‘paper trail’, if you will, which shows anything from a design or product point of view that’s gone into a building and exactly how it was made to ensure and evidence its safety.

A design automation tool would do exactly that - output a report that outlines how it arrived at the design/output from the inputs, and that it is fit-for-purpose and not overly engineered. The outline would not only be as detailed, if not more, as the one you’d get from a designer, but it would achieve so at a much quicker rate and using a more cost-effective method.

You don't want to 'overengineer'..

In addition to this, as mentioned the sustainability factor is an important advantage that will bring us closer to the Net Zero 2050 target of reducing greenhouse gas emissions to zero. When something isn’t designed to optimise, often people will just over-engineer a bracket to have peace of mind that it won’t fail. Fair enough, right? But the problem with this is you’re using an excessive amount of product which considerably snowballs the amount of embedded carbon. Conversely, a design automation tool is designed to devise the possible solution based on the inputs, neither going above and beyond to overengineer nor under-engineering just to save costs. Bearing carbon in mind, this is possibly a prime way to arrive at the most efficient and environmentally-friendly solution, as you’re not wasting any product and simultaneously reducing costs.

What’s more, with the move towards safety and compliance comes the introduction of systemisation of legacy products (e.g. channel becomes a complete tested channel system). If someone was going to build a design automation tool/online configurator for pipe and cable supports, there would need to be abundant data to prove its fitness, because the test data behind products is imperative.

Having said that, it makes total sense that using the data (and products) from a tested channel system would give you the optimal outcome. That’s thanks to the extensive testing that all of the components have to undergo as a comprehensive system. You’ve got absolute clarity on the performance of how those products work together, and you’re then using technology to reach those equations based on that data and the user inputs. So, design automation tools would fall perfectly in line with the systematisation of products like tested channel systems.

And the best part is, the process couldn’t be easier, yet it would actually reduce mistakes and allow for more accurate designs. It reduces the number of touchpoints with the design team and therefore the risk of human error in the process. The equations and product data are fixed; the only factor that can change is input. You’d just have to physically input the ‘inputs’ (ha!) into the first page of the configurator, and it would do the rest for you.

What challenges will design automation tools not overcome?

While all of the above is true, computers can’t do everything. I know, shocking! As we’ve established, it would really only work with the ‘samey’ designs that are similar in style and shape and don’t vary much, with few exceptions.

What engineers should be focusing their energy and skills on is the much larger scale, more complex designs that have many variables and require human intelligence and logic. That way, they can be released from the tedious everyday designs that can be done through automation, and zero in on something that might have a bigger purpose. Particularly, bespoke design and supports that require engagement with specialists.

Would a design automation tool help you?

Technology is constantly coming out with new ideas at a much faster rate today than it’s ever been. In summary, it shouldn’t come as a surprise if design automation tools start making an appearance in our sector. It can truly transform the process of designing and engineering and allow us to be more productive by focusing on other projects.

MIDFIX would like to be a part of the innovation currently happening in our sector. Now that you’ve read the above article and hopefully absorbed the concept of design automation tools, we’d love to know your take. If and when a complete online bracket configurator becomes available for the M&E sector, would you see yourself using it and/or would it help you with your designs? If so, feel free to register your interest in the form below.